Everyone knows about champagne that Marilyn Monroe woke up with it, Coco Chanel drank it when she was in love and when she wasn’t, that Champagne region is included to the UNESCO World Heritage List.

Everyone knows about champagne that Marilyn Monroe woke up with it, Coco Chanel drank it when she was in love and when she wasn’t, that Champagne region is included to the UNESCO World Heritage List.

And that young sommelier like to correct everyone: "everything that is not from Champagne is not champagne, but sparkling wine." About Monroe and Chanel, we know nothing for sure but the rest is pure truth. As well as the fact that Champagne is an impressively beautiful wine region that creates the most complex, elegant and diverse sparkling wines in the world.

During four days in Champagne we planned to have time for everything: to get lost in the famous chalk cellars, to make noise in the local museum, visit eight champagne houses, take home soils from some grand cru vineyard, to have on breakfast baguette with salted butter and a glass of cold champagne in the backyard of chateau, visit a Michelin restaurant, drink in an local wine bar in the company of starred winemakers and perhaps closer to leaving understand the meaning of life.

Today, Champagne has 360 champagne houses and about 16,000 winegrowers, some of whom produce wine on their own. Wines of independent «recoltants» are contrasted with the wines of Champagne Houses - the first are cheaper and more diverse, the second one more polished and stable.

On the first day of the trip we visited two independent wineries.

Larmandier Bernier is a biodynamic producer in Côte des Blancs, working mainly with Chardonnay. Their basic principles can be described in five words: wild yeast, time, extra-brut. Larmandier Bernier own 15 hectares of vineyards and till recent times had only four hands - Pierre and Marie have been working together since 1988 and only two years ago their son Arthur joined the family business. He welcomed us and made a tasting of the entire line, including the new Rose de Sagniee aged for seven-years. Looks like we have finally understood what is «minerality».

After we went to the village of Mareuil-sur-Aÿ, to river Marne valley. Marc Hébrart is located on the banks of the famous river. The basis of most cuvés is Pinot Noir. In the tasting room we were met by the owner and winemaker Jean-Paul Ebra, who later gave us a tour of the vineyard (where we collected a couple of chalk stones, which we now show at sour wine chool, remembering the river views from the highest point of the vineyard).

We tried six wines, including the experimental cuve Rive Gauche-Rive Droite, which took the first fermentation in oak barrels, after which we couldn’t disagree with the famous Peter Lim, that Marc Hébrart's style is complex and show terroir for those looking for it, but very open and friendly if suddenly you just want to drink.

It was Salon - the house that gave to the world the very first long-lived and most desirable blanc de blanc on the planet. The house is located in the Grand Cru village Le Mesnil-sur-Oger, Côte des Blancs. The famous vineyard Jardin du Salon is there too, which we walked with our feet. In the cellars are the wines of all 38 vintages released since 1921. In the tasting room was seen a bottle of the first release in 1905, which was made by Eugène-Aimé Salon for himself and friends and never sold. As for the taste, everything is like in a fog - only acidity and devotion are remembered.

Next to the Salon doors is a small recoltant Robert Moncuit who produces mostly Chardonnay from 8 hectares of its own vineyards. The grandson of the winery's founder Pierre Amille works in the cellar and vineyard. It would seem that after the previous tasting, other wineries simply did not have a chance. We were sure that after Salon - everything will taste like water… But no! Pierre's wines proved to be focused and quite dense, especially with its price - an incredible success.

Pierre doesn’t speak English, like many French people, but it turned out that after six glasses of champagne, people easily remember school lessons of French and even can make cool jokes. Right across in the old train station building is a cute little restaurant run by Pierre's wife. Modest interior, short menu - but, God, the food is great! And how many wines from other houses, for example, an excellent selection of Jaques Sellouse.

Our knowledge with small producers of Côte des Blancs continued at the Eric de Souza winery, a Frenchman with Portuguese roots who has been producing Demeter-certified biodynamic champagne since 2013. In addition to biodynamics, Eric believes in old vines, semi-manual degorge (we saw it by our own) and barrels. As a result, his champagne is full-bodied and mineral at the same time. And the cuve De Caudalle 2008 seems to be unforgettable. We bring with us bottles of it with Eric signs.

Next we went to the grand cru village Bouzy, the Marne valley, to meet Didier Vesselle, the owner and winemaker in a truly tiny and very traditional house of Maurice Vesselle. Didier jokes that a few years ago their approach to winemaking was called backward, and now again considered advanced. Pinot Noir champagne is usually havier than Chardonnay, so Maurice Vesselle's cellar avoids malolactics to maintain maximum acidity and freshness.

On the fourth day we stayed with negociants.

Deutz - looking at the interiors of the house, it is difficult to imagine that the house has passed through two wars and several times in history hung on the brink of bankruptcy. In our opinion, the best style of local wines characterises the expression of our chef sommelier Zorik Umansky "very brut and very classic." Despite the fact that Deutz are in Ay village and most cuvés are based on Pinot Noir, their taste seemed to us as elegant and very pliable in terms of food pairing. We saw this at a gastronomic dinner which was the responsibility of the house chef. After this dinner, the meaning of life became clearer and closer to us and it seems that it consists of champagne and the best French cuisine in the world.

At the end of our Champagne trip we arrived to De Venoge. Located on the famous Avenue de Champagne in Epernay and boasts a long history, the presence of old vintages and the production of almost a million bottles of champagne a year. Of course, we were most interested in old vintages. Cuve Louis XV 1996 was not just alive, but even still retains its energetic acidity.

Champagne, we started to get bored before we even left! 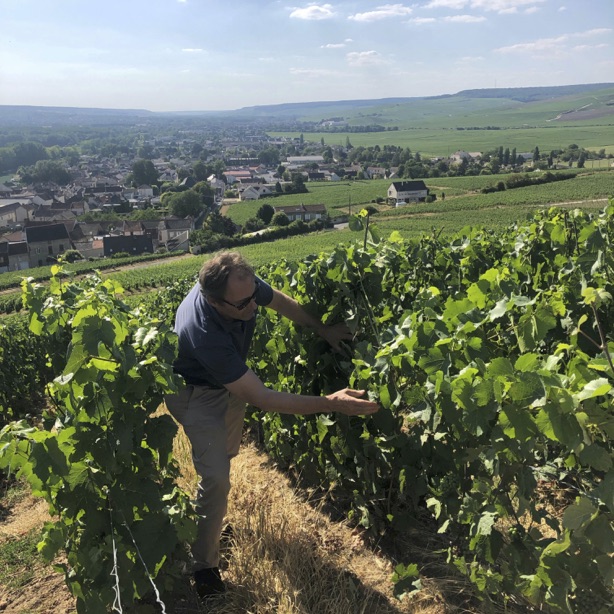 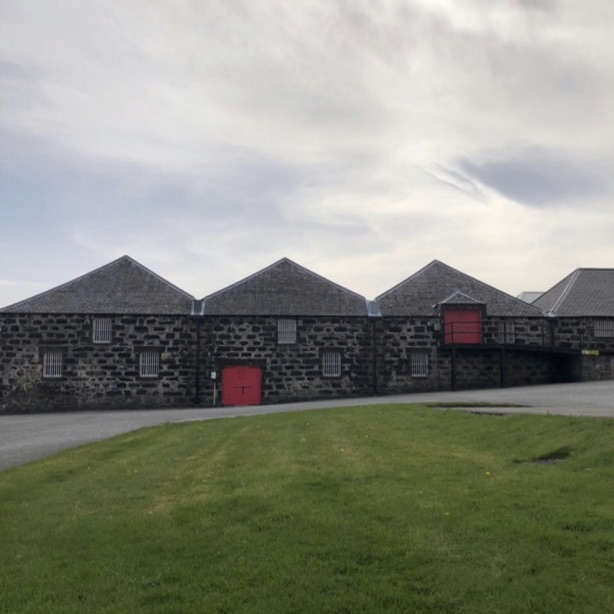 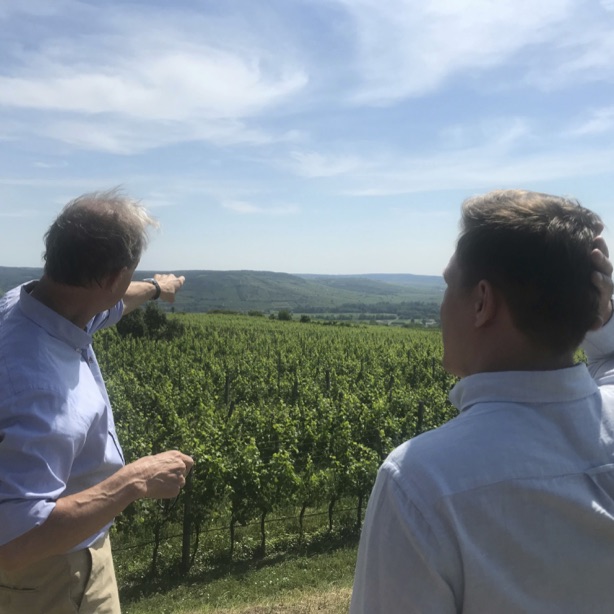 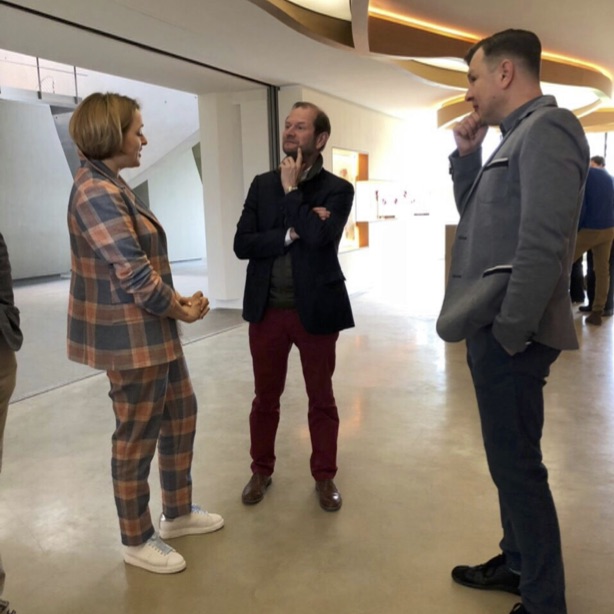